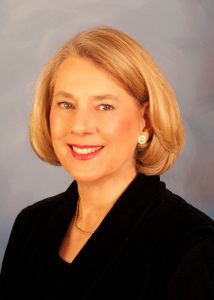 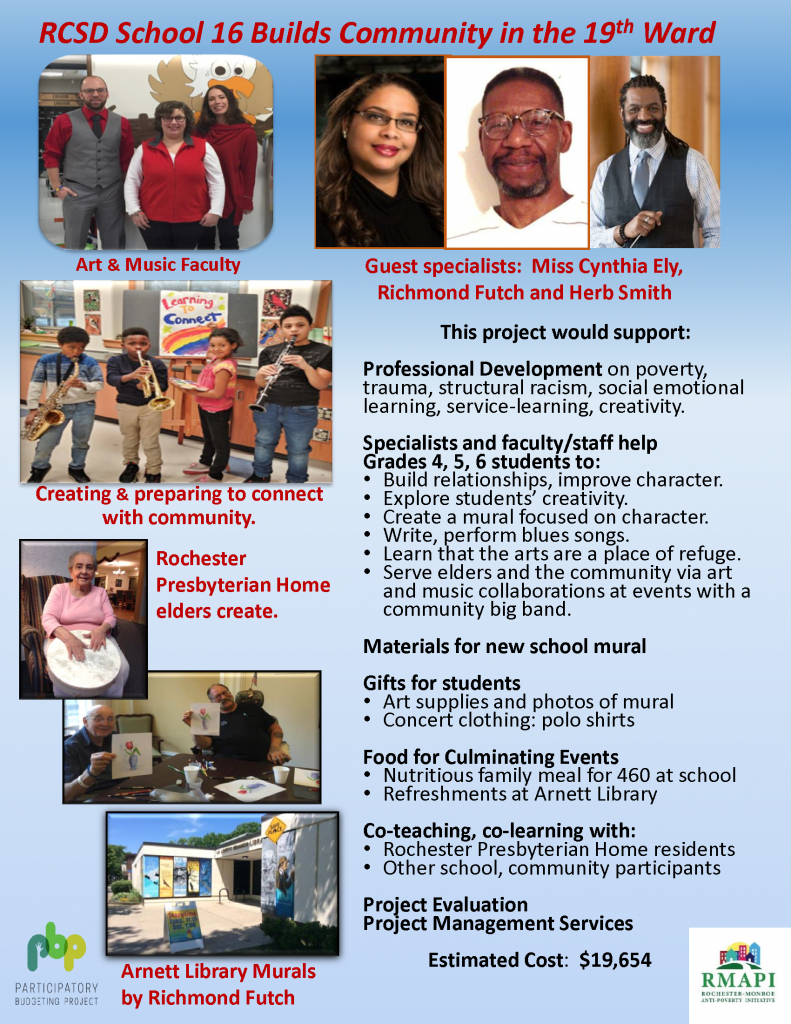 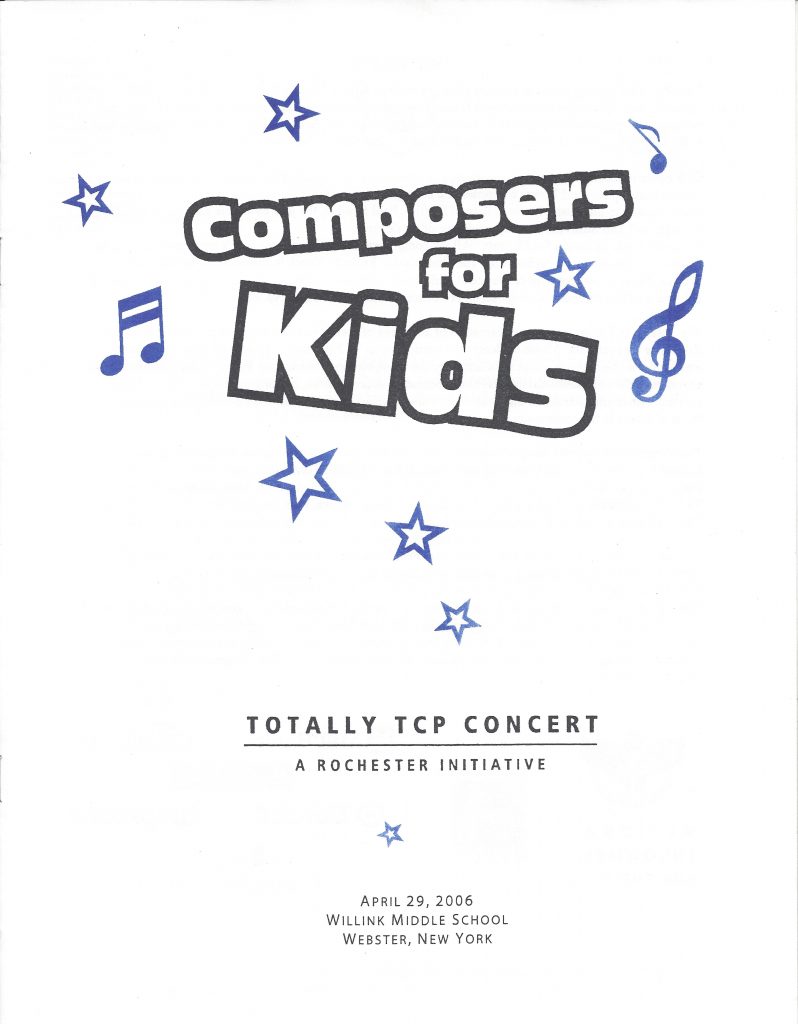 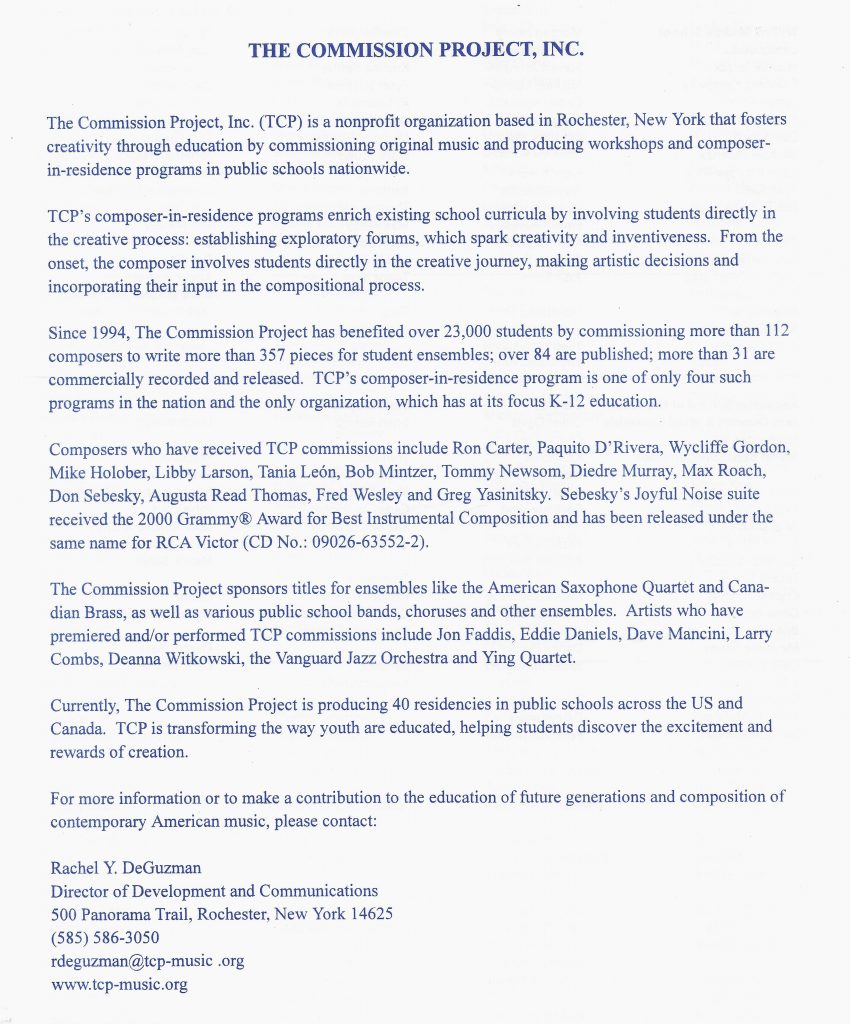 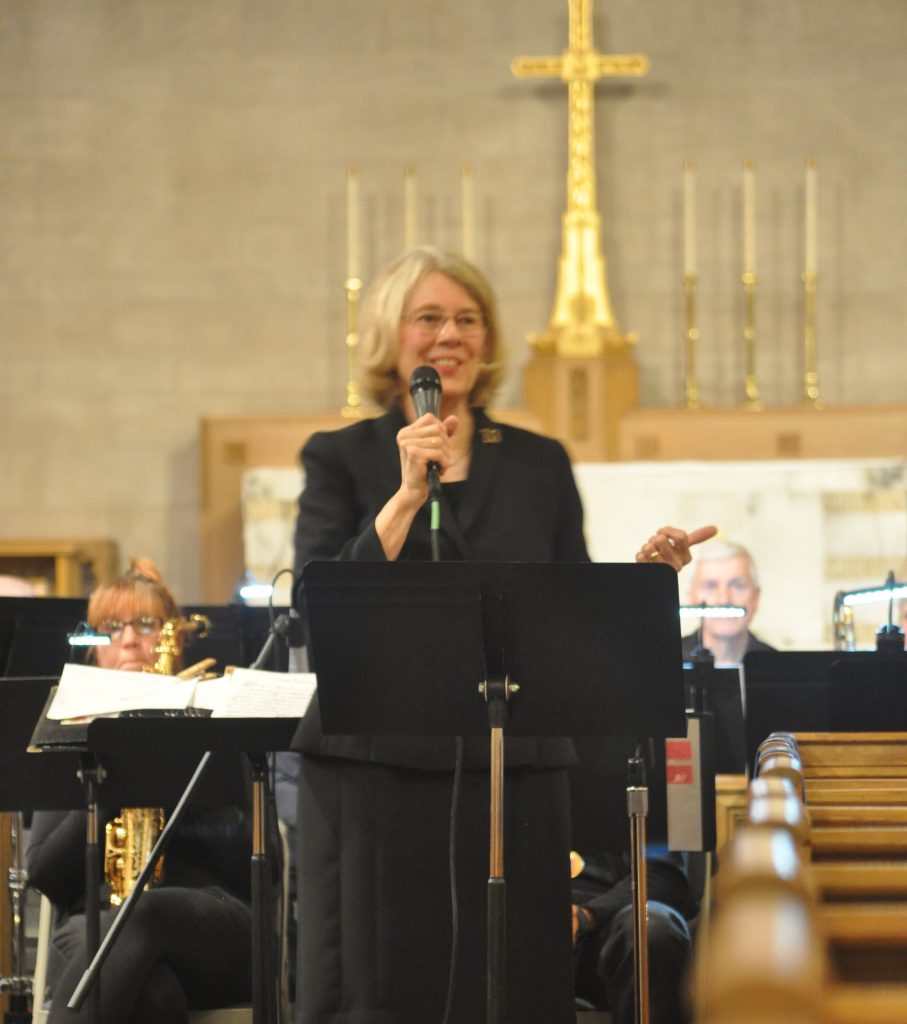 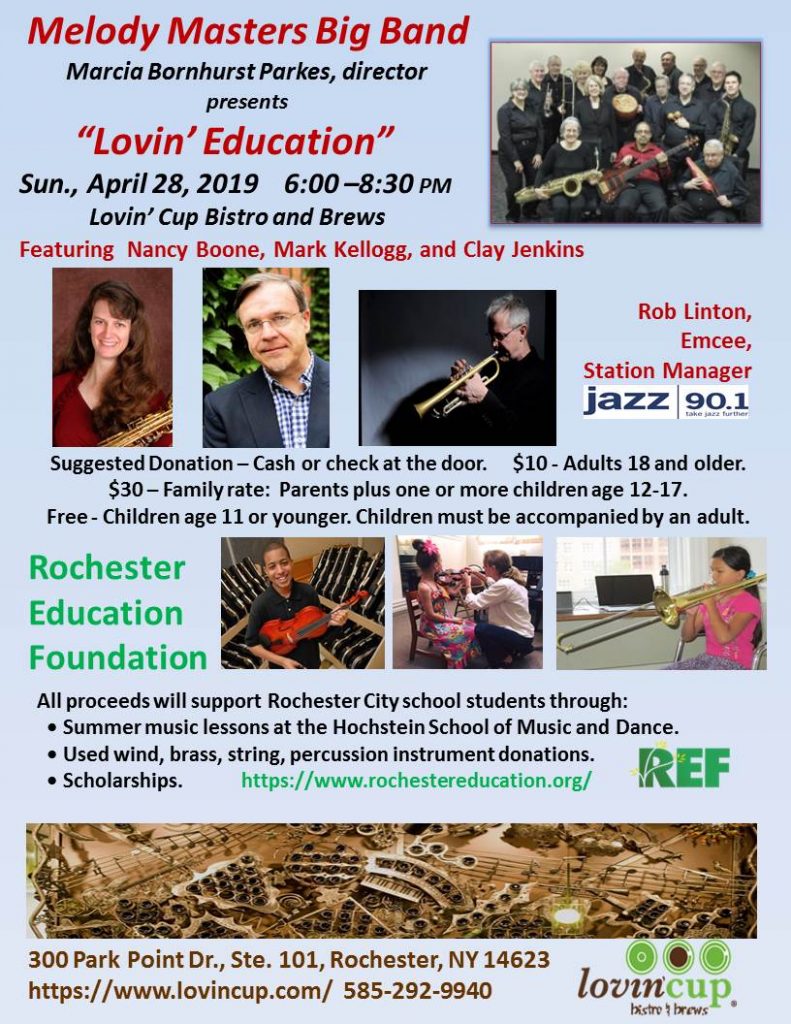 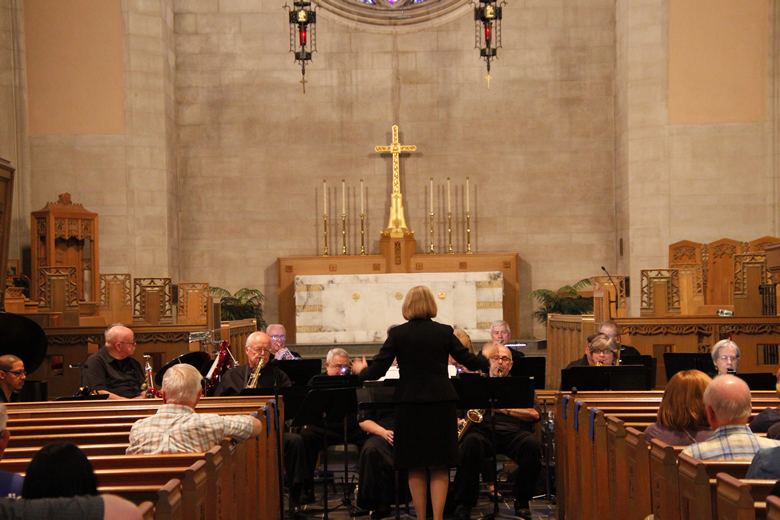 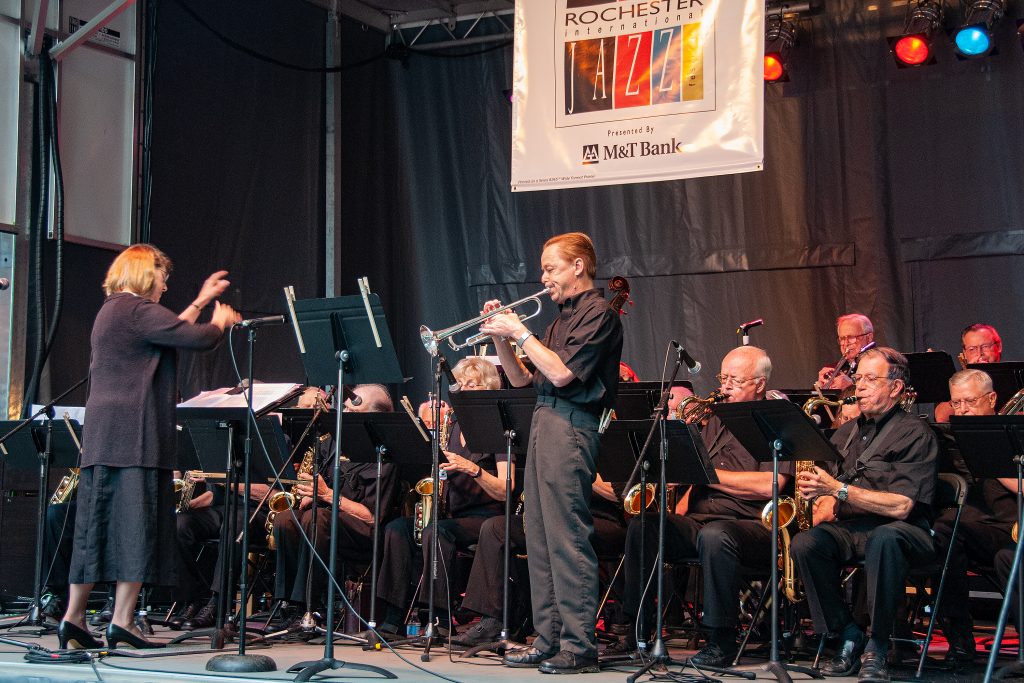 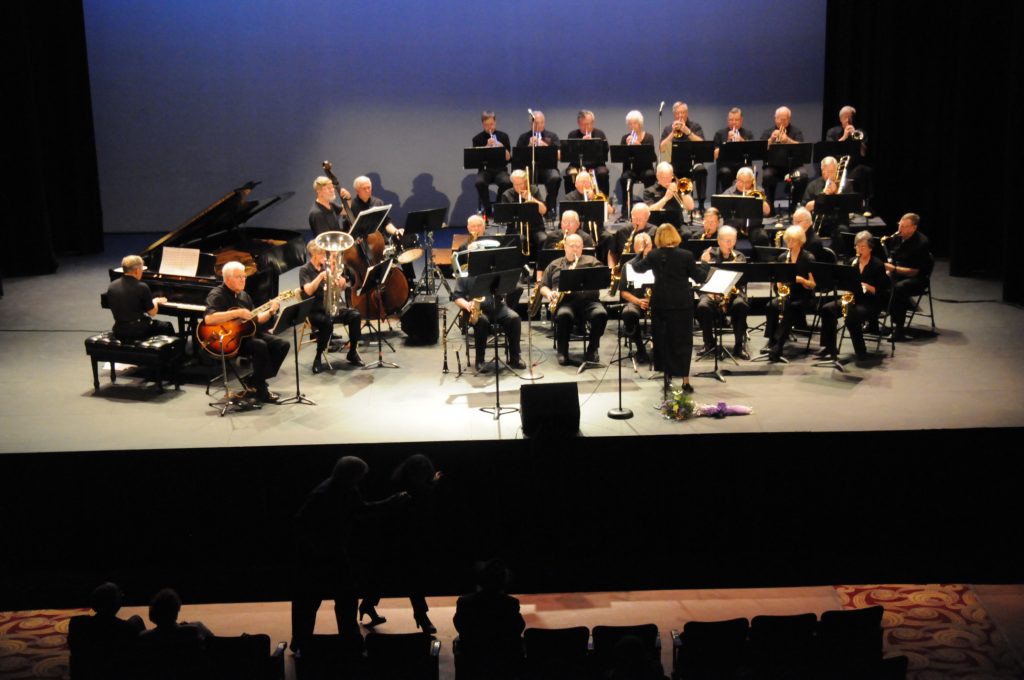 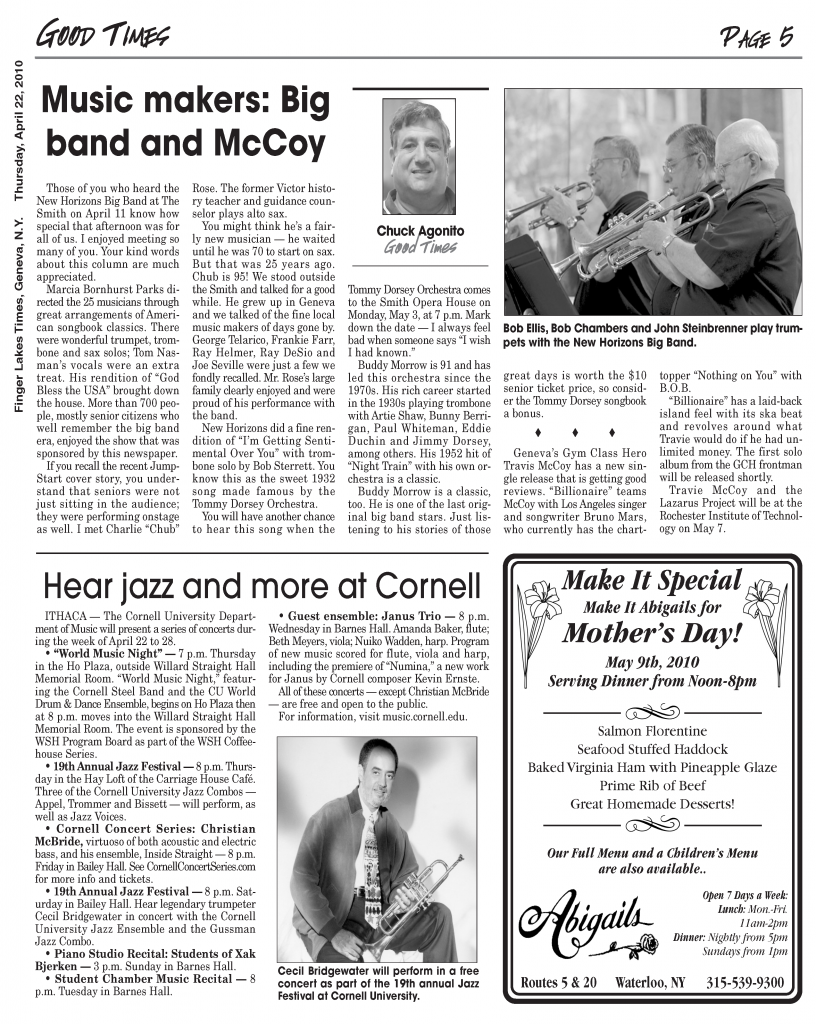 Marcia Bornhurst Parkes, Chair of the Eastman New Horizons Program and Director of Bands, Rochester, NY. Marcia speaks to the audience prior to conducted the band performance at Kodak Hall, Eastman School of Music. 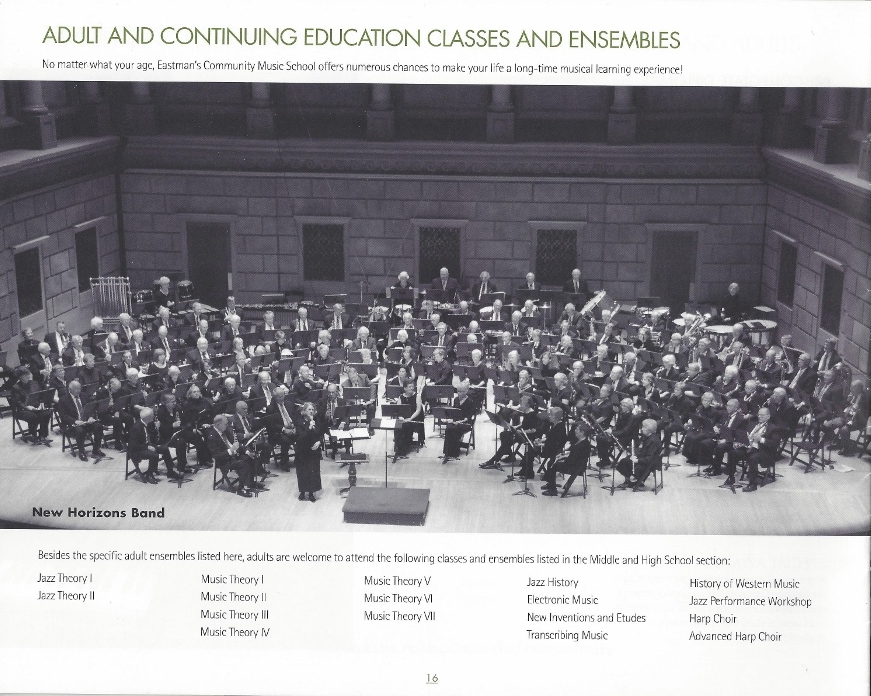 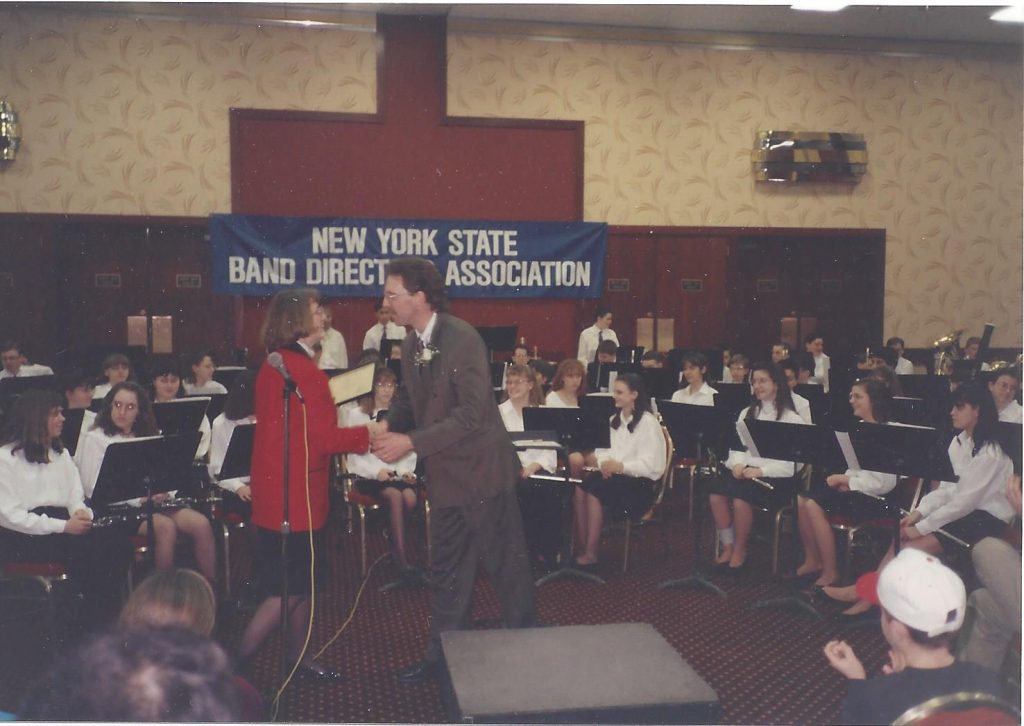 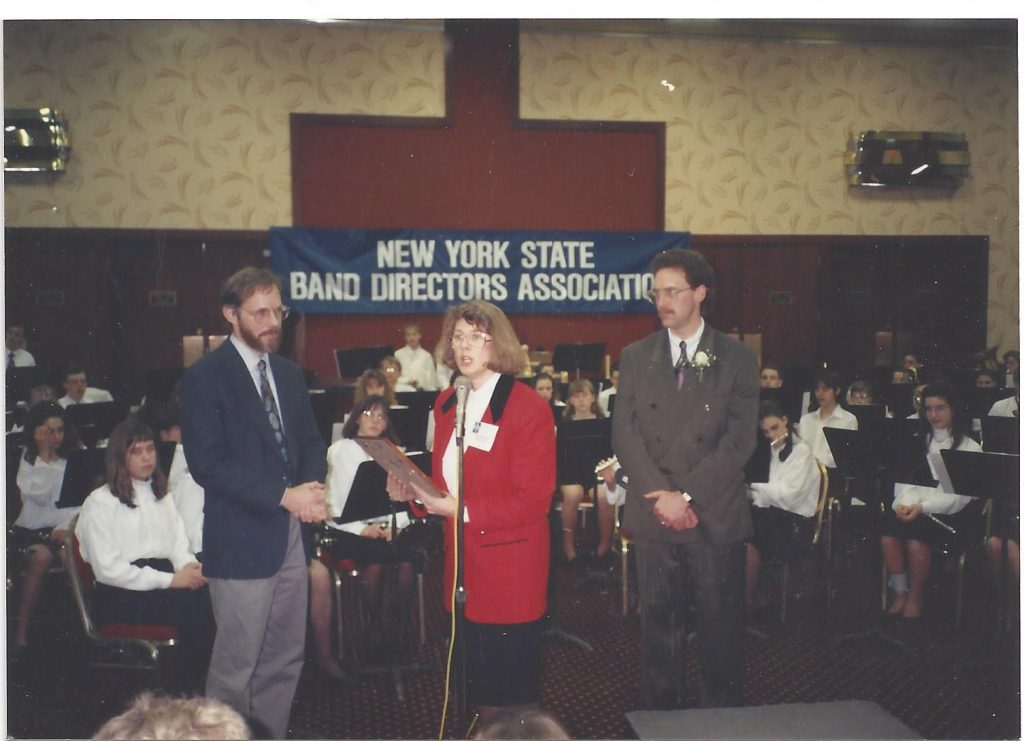 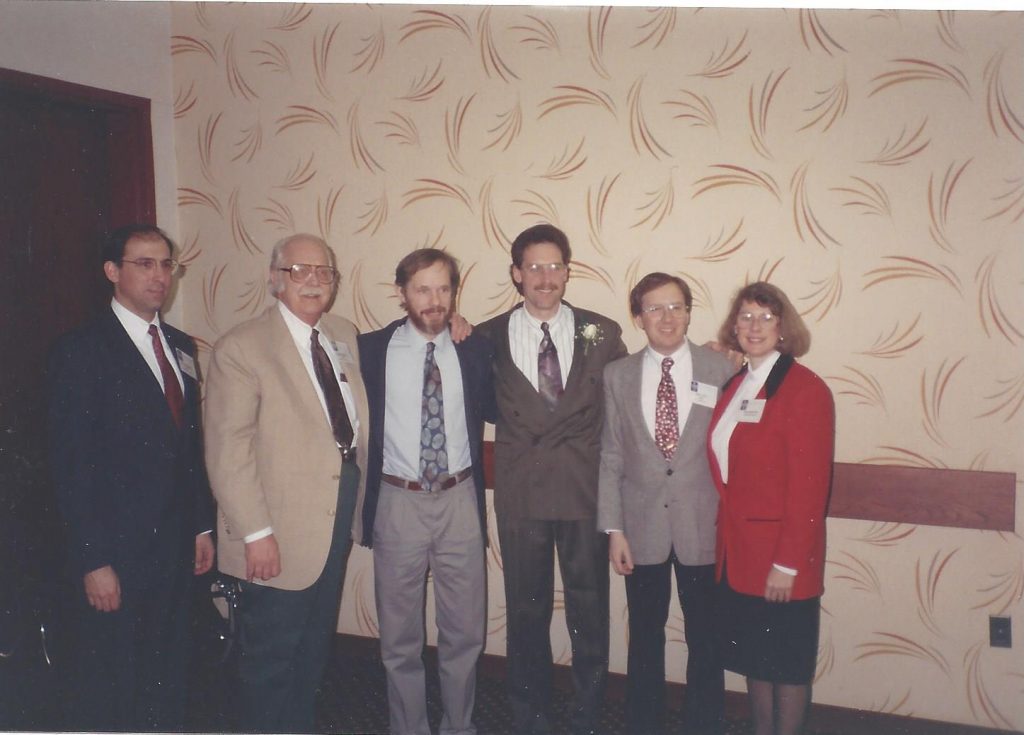 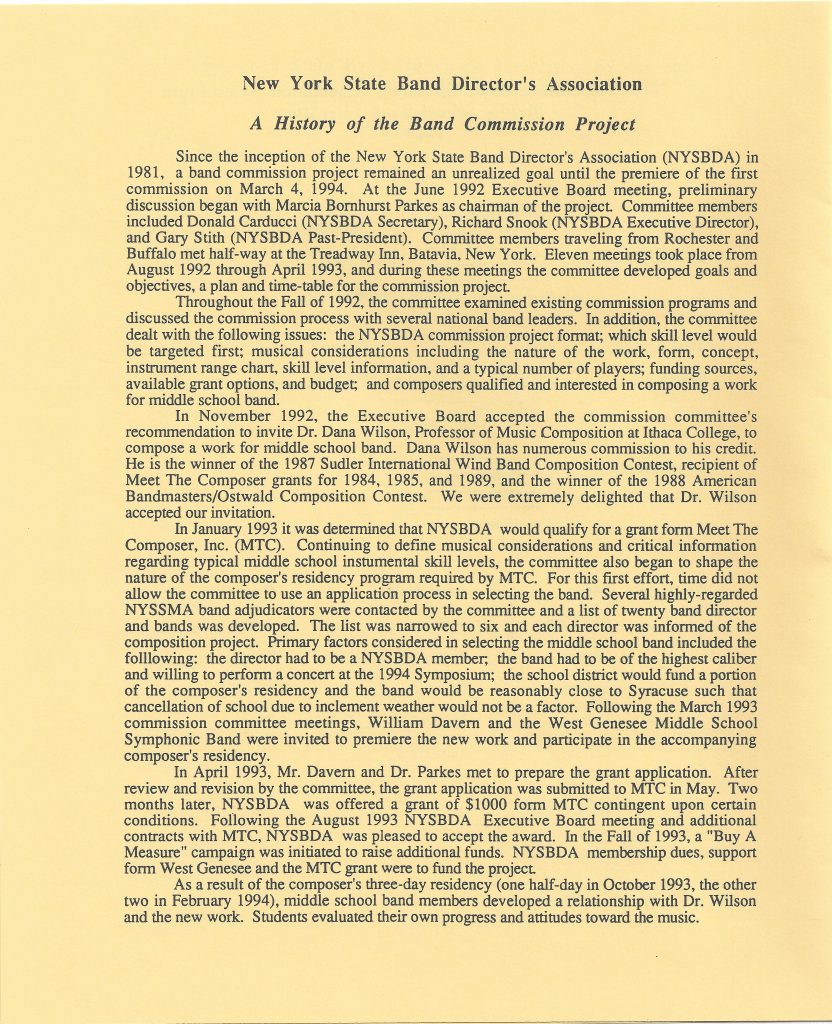 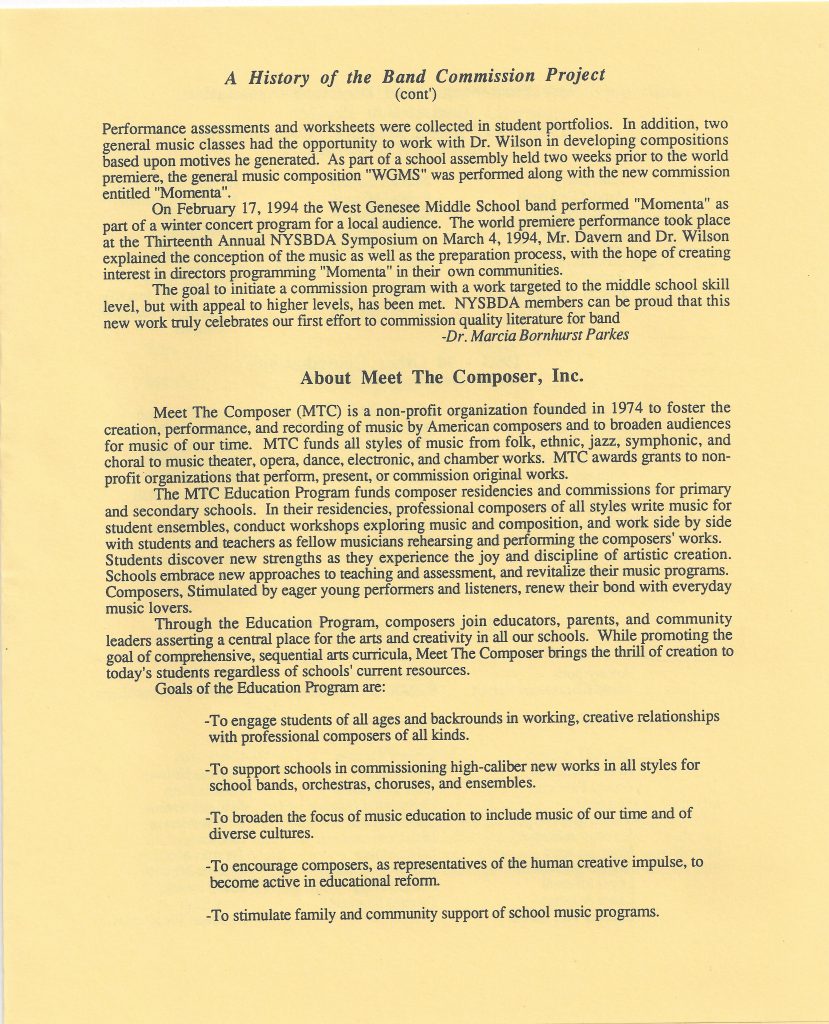 Cover and inside pages of the printed program of the premier performance, March 4, 1994. 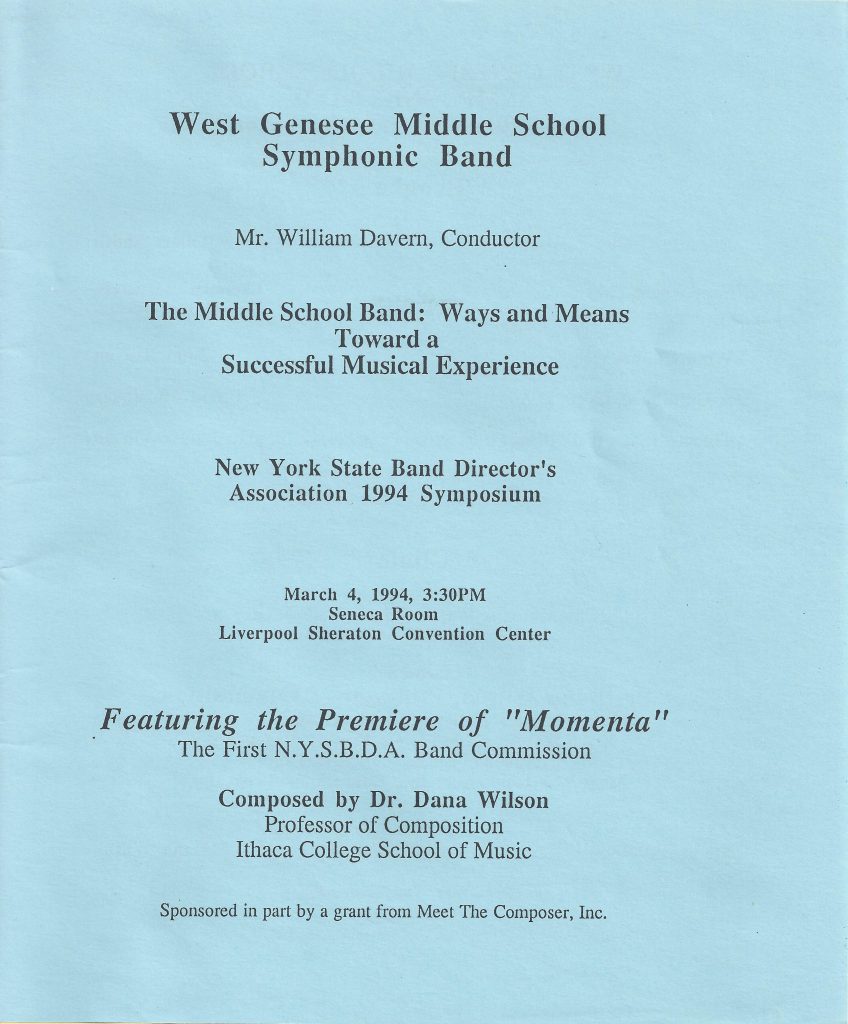 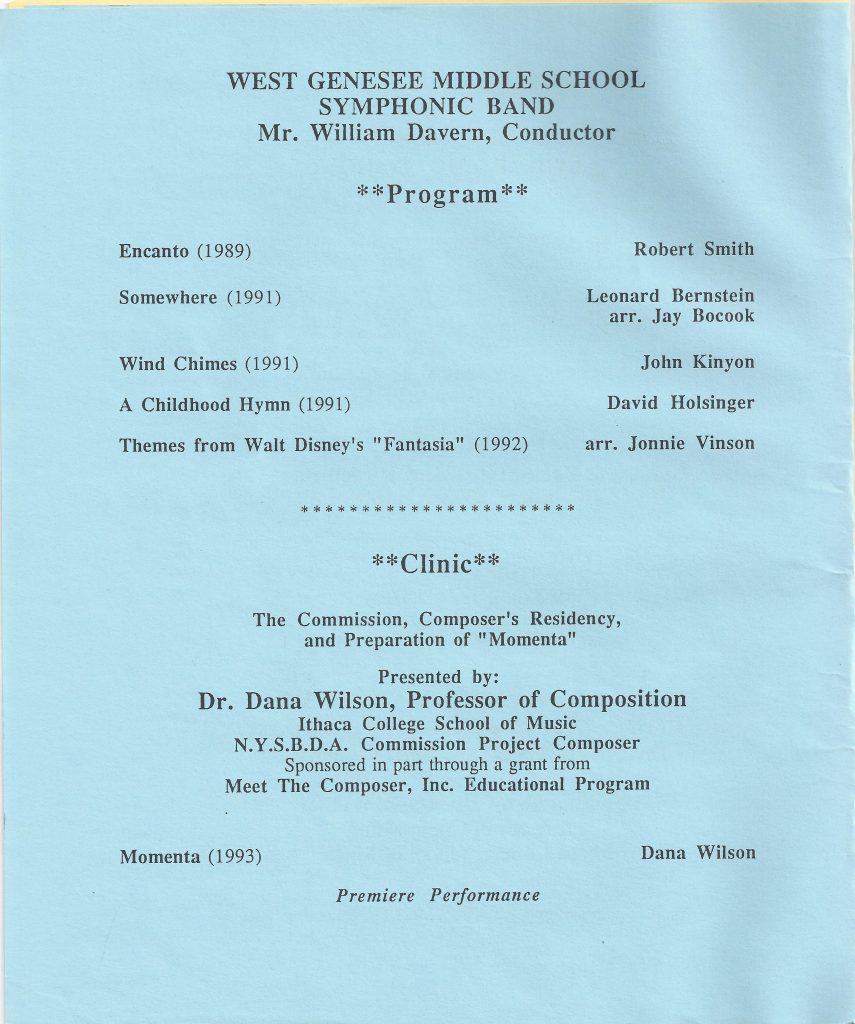 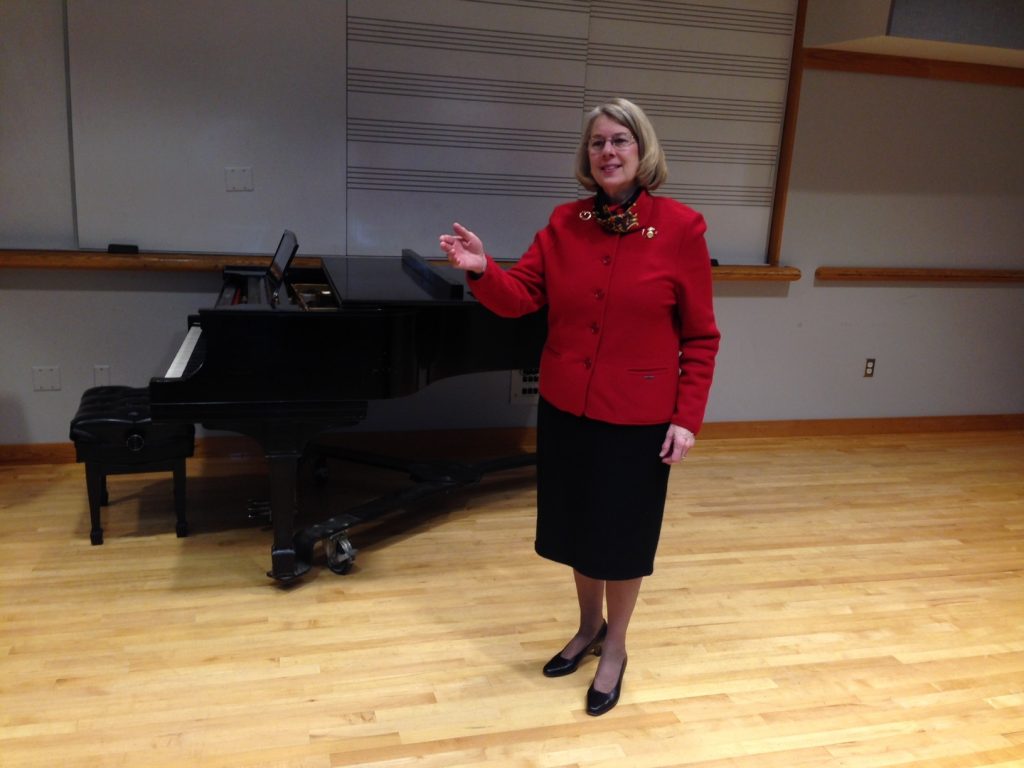 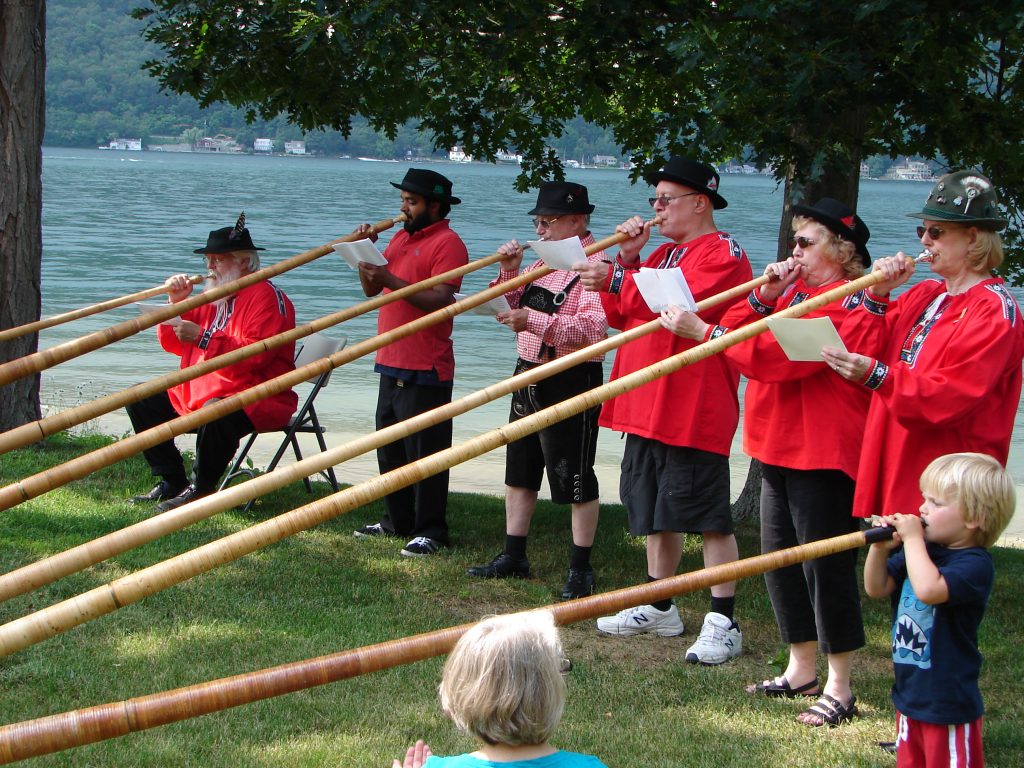 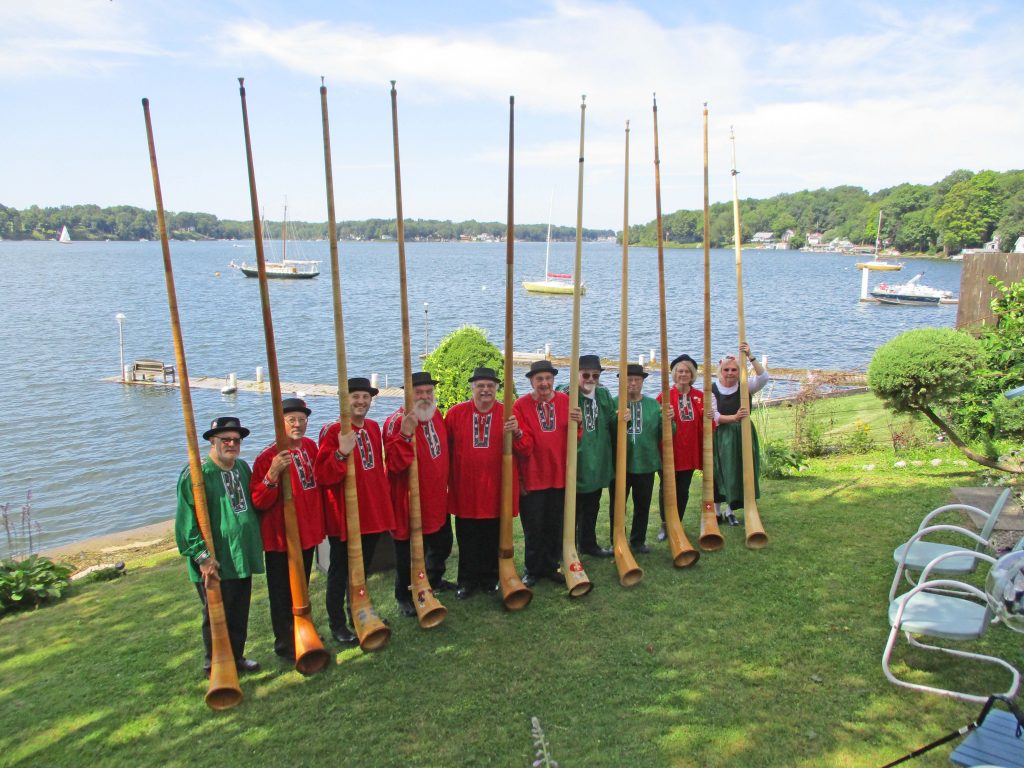 Marcia performs with the New Horizons Band at the Holiday Concert, 2009. 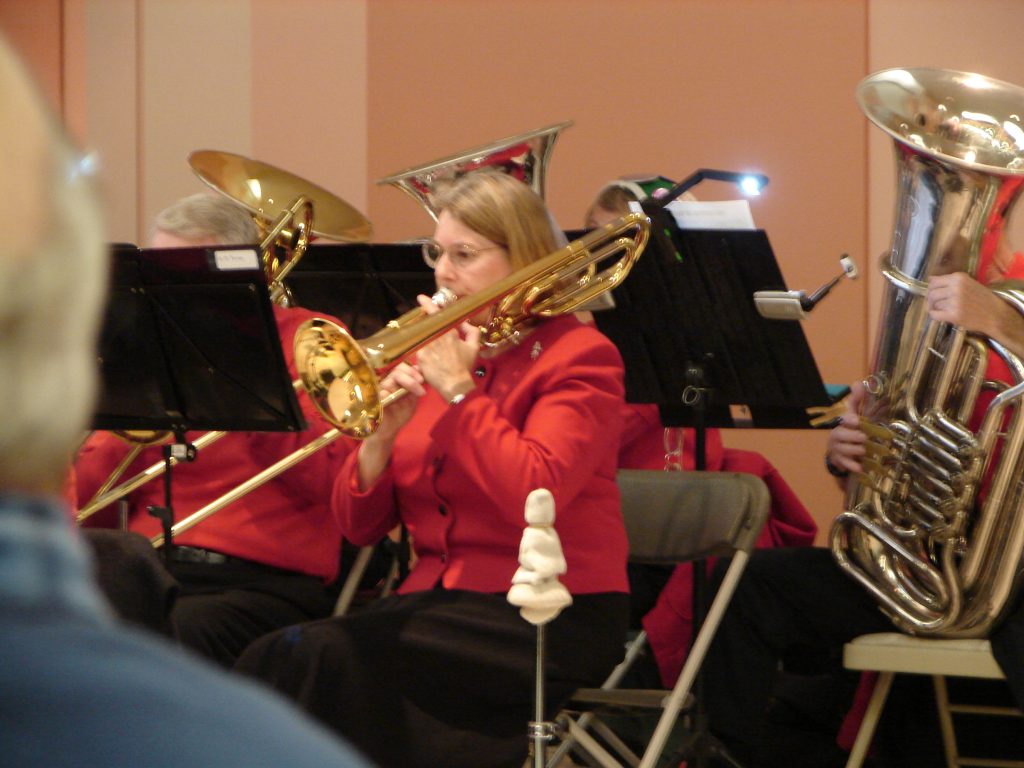 Marcia, a flutist, performs with members of the SAIqwins woodwind quintet for a wedding in Boston, MA. 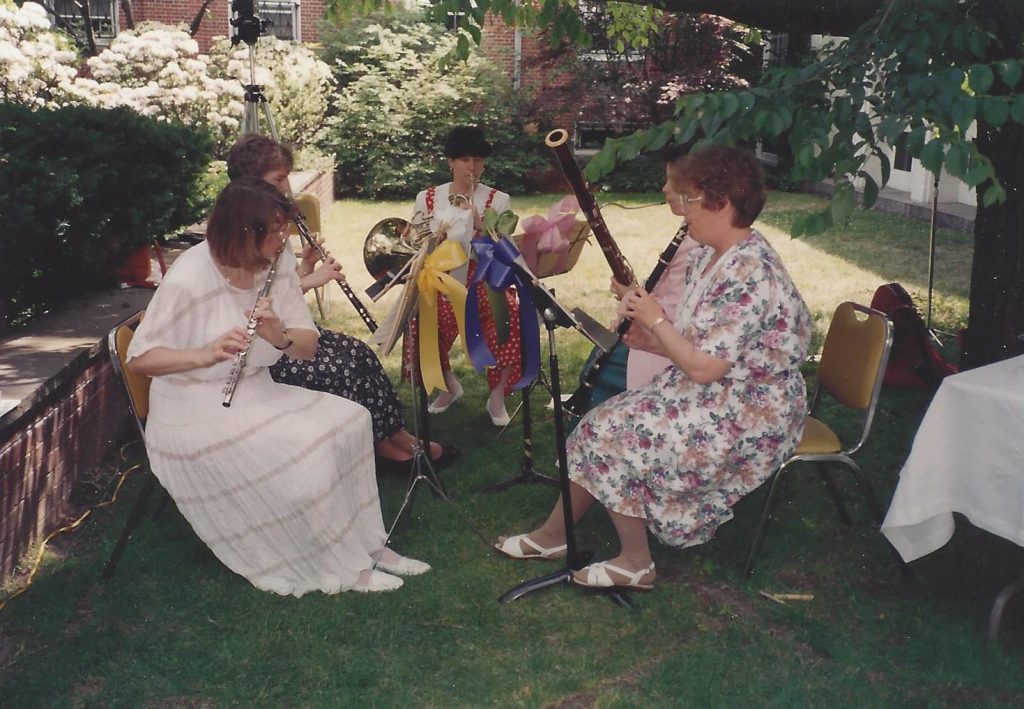 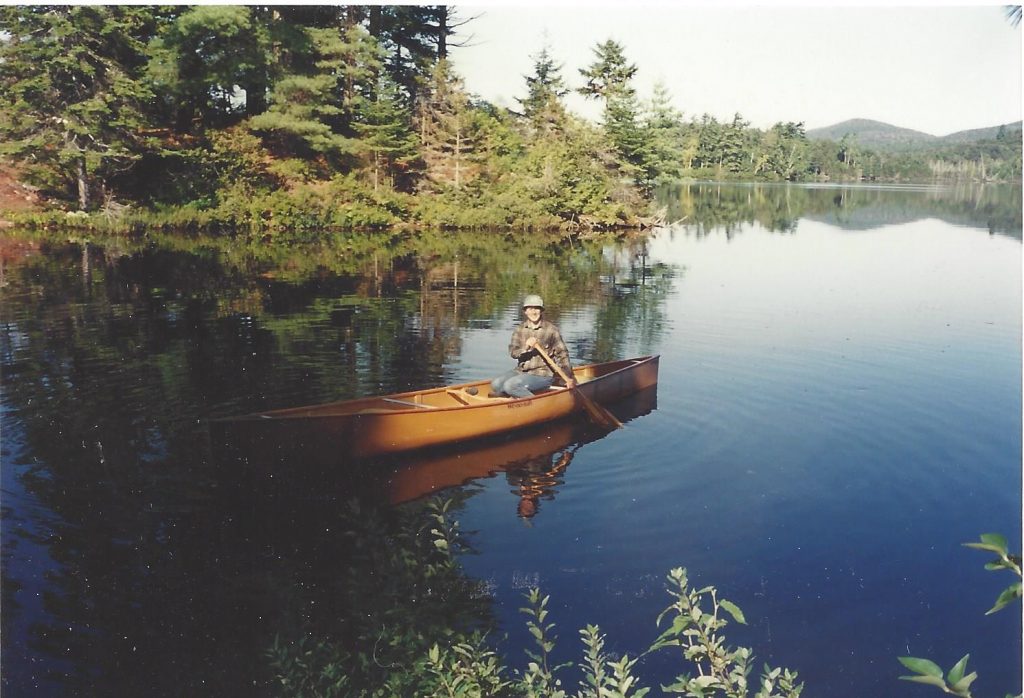 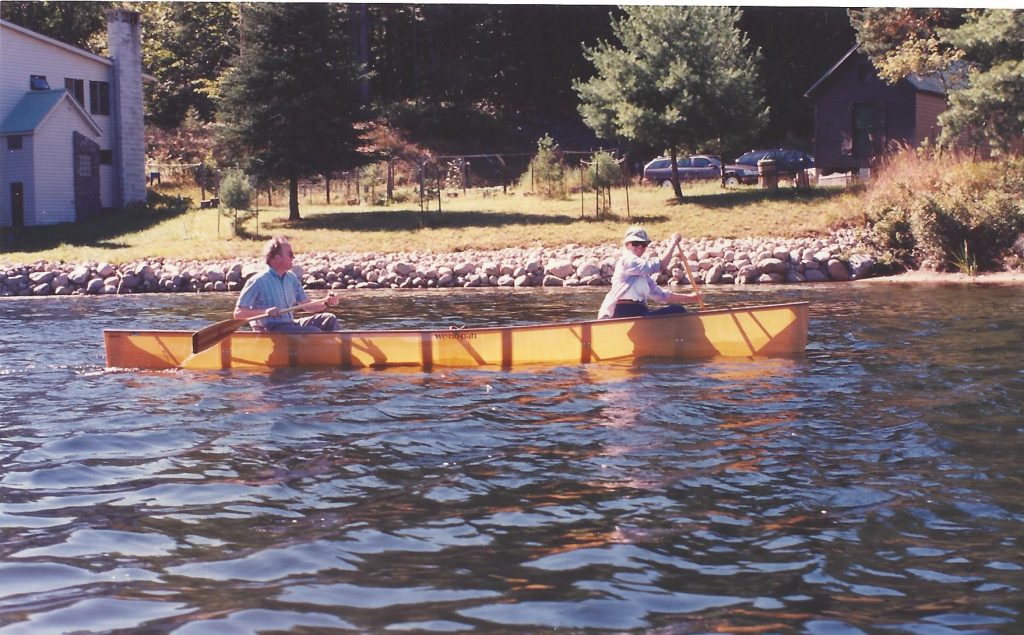 Hiking in Austria near a receding glacier 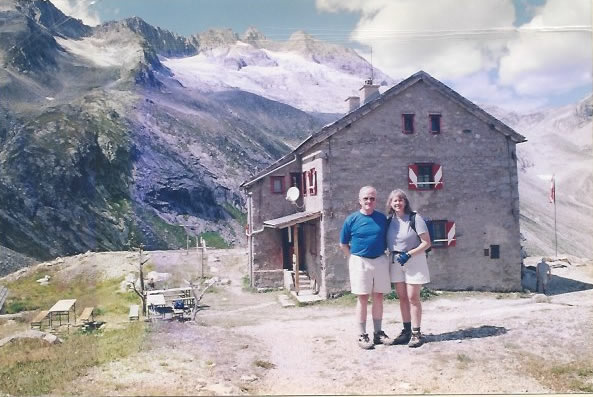 Hiking in Switzerland – The “Hills are Alive”! 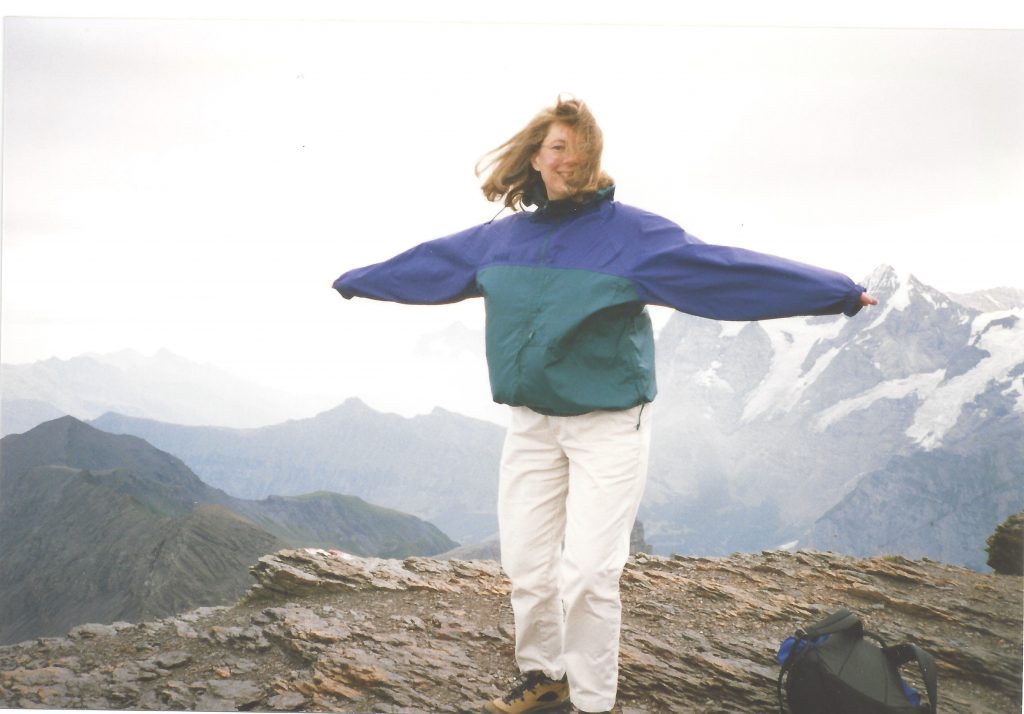 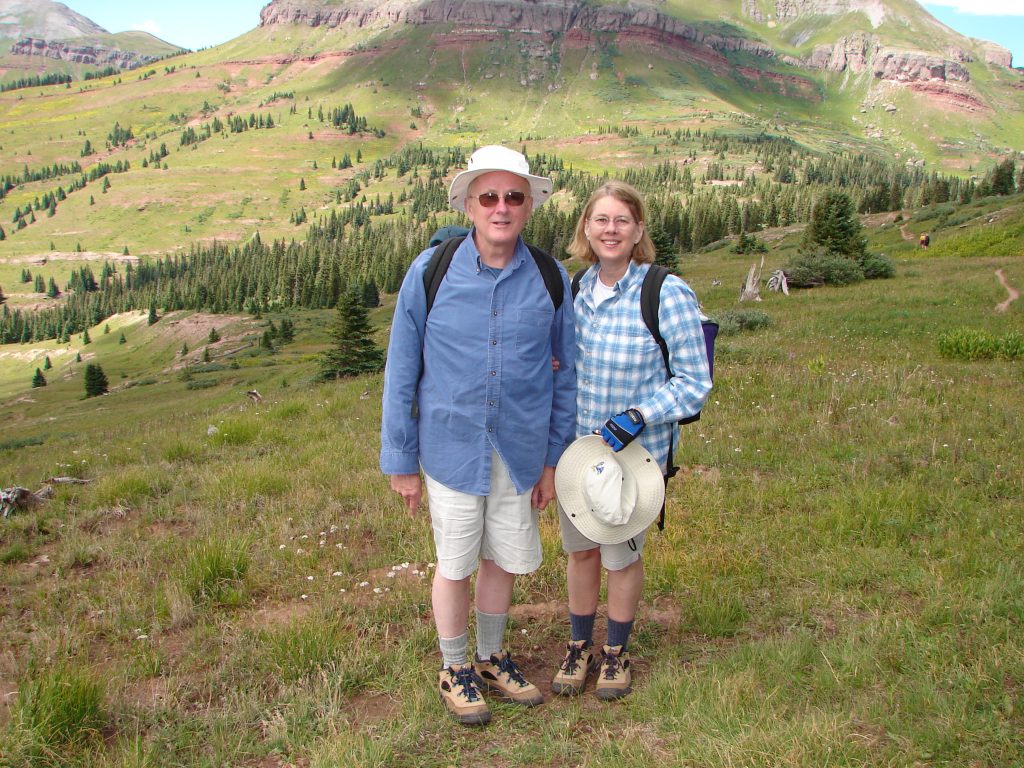 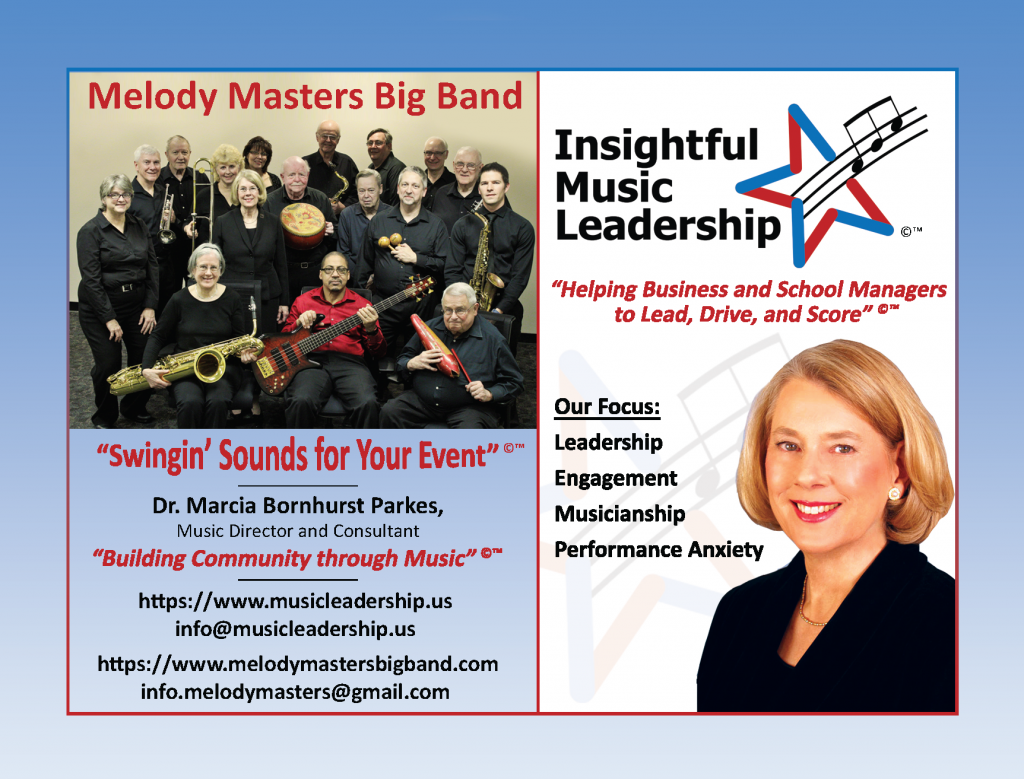